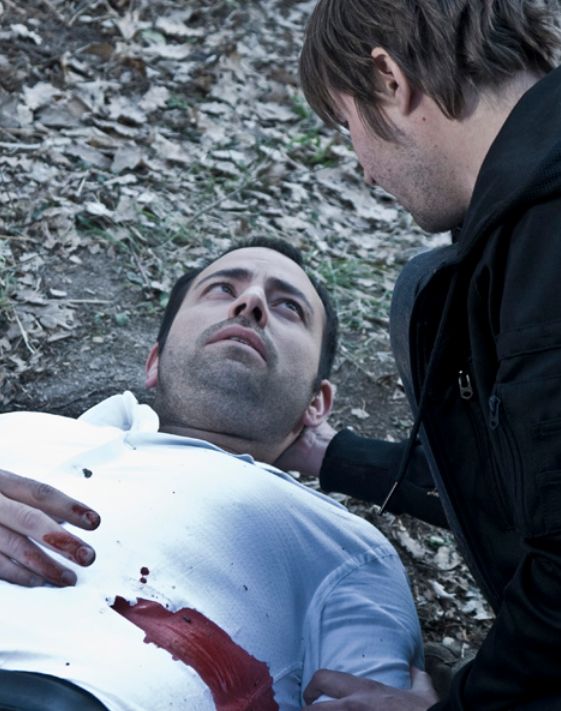 It’s the point of time, when many lives change irreversibly. 22:43 is, when the second chance leads to utter disaster. At 22:43 it becomes evident that fate

determines the future.
365 days. 416 pages. Euphoria. But no one’s interested in Max’ manusript. Reality again destroys his big dream of a writing life. 365 days. 416 pages. Frustation. A night-time walk should righten the world again. The opposite becomes reality. White light, then darkness. The car missed Max, but all of a sudden an eerie aura surrounds him. Trepidation. Anger. Grie

Slowly but surely the cladding begins to crumble and the two biggest tyrants appear: Coincident and time. In this opaque game of a dark and unknown power a 15 year old secret is the key to knowledge. With any further hour Max becomes aware of his guilt…